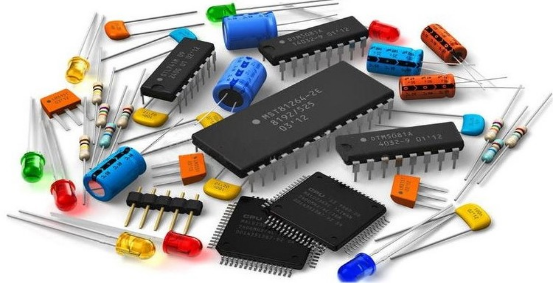 World over, the demand for electronic gadgets and systems has become a norm. It is pretty clear that every human in the universe has found interest in the area of electronics and they all possess either one or more electronic gadgets starting with smartphones, computers, laptops, smart TVs, calculators, music systems, watches, and many others. Most of these electronic devices are made up of an internal skeleton called PCB which holds the electronic components together. The PCB is a product of maximum efforts from designers who come up with the schematics and important manufacturing files. A good designer should be conversant with several electronic components that will always play a greater role in them to be able to come up with such electrical circuits and schematics. In this article, we are going to put focus on such electronic components and how important they are in the area of electronics. Let us get started.

This is a passive element with two terminals and it serves the purpose of resisting the flow of electrical current in a circuit. It is the most common element in an electrical device. They are color-coded.

The resistors play the following roles in an electronic circuit;

· Current flow-limiting; when you avoid resistors in your circuit, expect the current to flow at extremely dangerous high levels which can damage other components. A simple example is when you do the connection of the LED to the battery directly, the LED will work but after a short, while it will blow out simply because the LEDs are built to be less tolerant to heat. Introducing a resistor reduces the flow of such currents to the optimal required levels.

· Dividing voltage; resistors are also used when designers want to reduce the level of voltage to the desired quantity. Let us take an example where a part of a component let us say a microcontroller needs lower voltage than what is flowing in the circuit itself, here is where a resistor comes in.

They also find wind use in the building of electronic circuits.  It is a two-terminal passive component that can store energy electrostatically in an electrical field. It can be compared to a small rechargeable battery with the ability to store electric energy. Unlike the battery, capacitors can charge and discharge within a very short time let us say seconds. 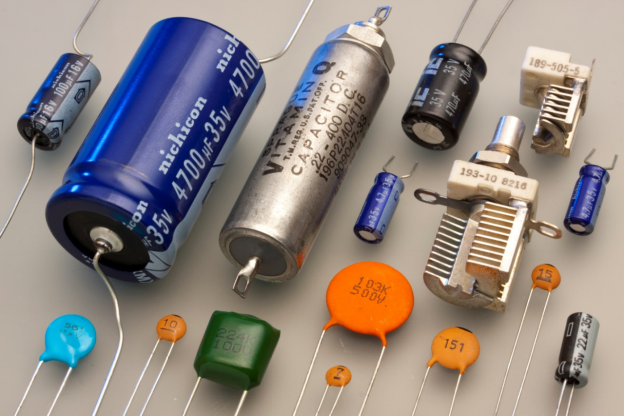 Capacitors come in different types and we have to have a brief introduction of the types below;

· Ceramic capacitor; has no polarity and is made up of ceramic and metallic layers where the ceramic material is the dielectric and the metallic one electrode. 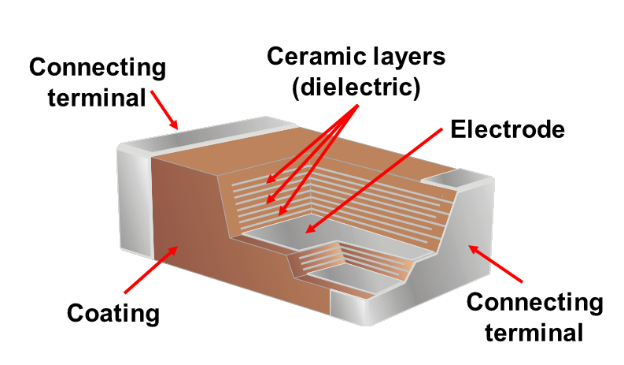 · Film capacitors; they have a plastic film as the dielectric 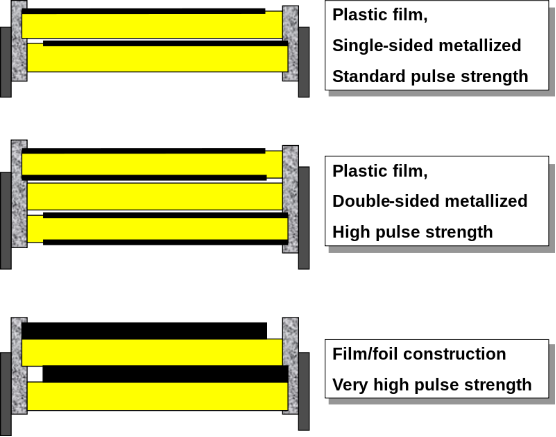 · Electrolytic capacitors; this one has an oxide layer that acts as the dielectric and the anode made of the metallic cover. 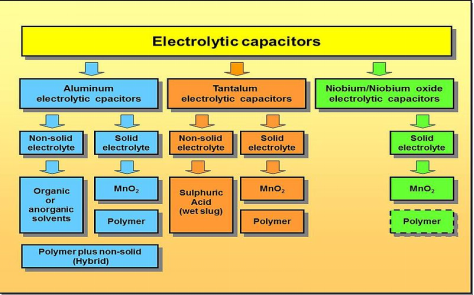 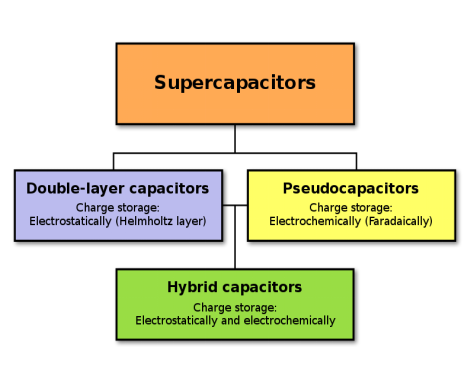 The function of capacitors are as follows;

· They are used in blocking direct current and allowing the alternating current to pass.

· In electrical power systems, they have been used in stabilizing voltages and the flow of power.

· They help in power correction factor in AC systems and without the capacitors sufficient starting torque for single-phase motors might be almost unachievable.

It is a two-terminal component that will only allow current to flow in one direction. Its main purpose is to convert electrical current from alternating to direct. It is either made up of a vacuum tube or semiconductor materials.

the most common semiconductor material used in today’s electronics is silicon. 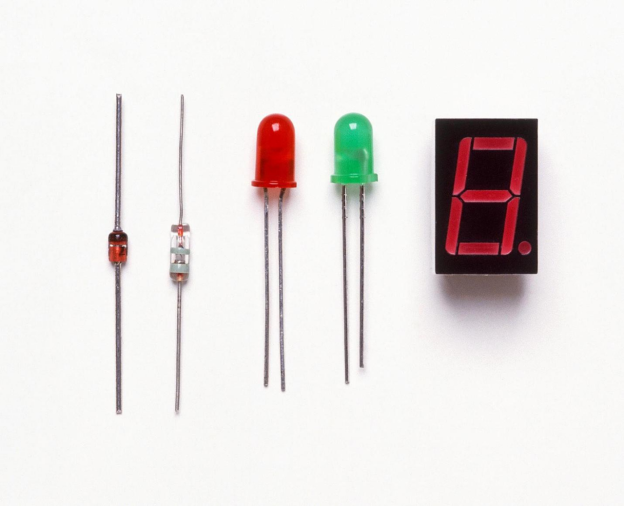 Functions of diodes include;

· Conversion of AC to DC

This is a very crucial component in the area of electronics. It is a three-terminal semiconductor device that has existed for more than five decades. They play the role of amplification and switching. 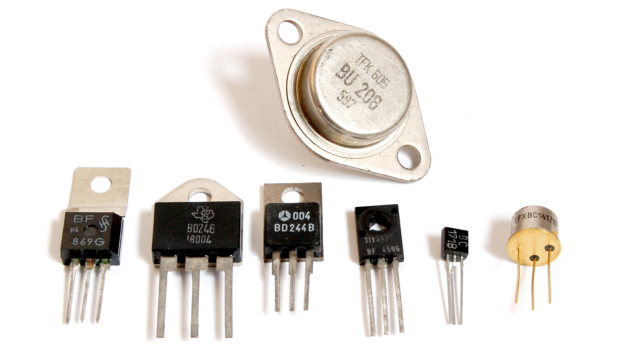 · Designers will prefer transistors to switches because unlike normal switches the transistors can turn small currents into a larger ones.

· Transistors find use in;

Hearing aids; A small microphone in the hearing aid picks up the sound waves which are passed through the transistor for amplification.

Use I calculators and computers; here, they are used in the making of logic gates which form the backbones of computers.

It is also known as a reactor and it is a passive two-terminal element of the circuit. It can store energy in a magnetic field and returns it to the circuit when in demand. 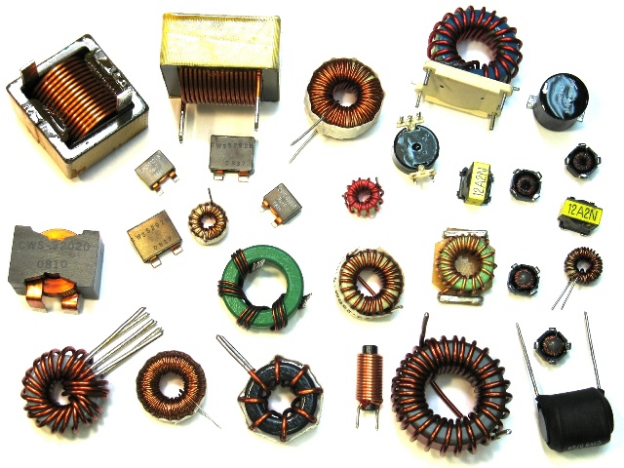 Where designers find the application of inductors;

Used in filters and circuits that are tuned; here they are used in the selection of the desired frequency during the tuning of circuits.

Used as chokes; when we make an alternating current flow through an inductor, we will have a current flowing in opposite direction created. This means the inductor has the capability of converting AC to DC. Simply, it allows the DC flow while choking the AC.

ferrite beads; This is a component that is responsible for suppressing high-frequency noises in any given electronic board. Common uses are computer cables, mobile charge cables, and television cables.

Used in the storage of energy

This is a form of electromagnetic switch which has the ability of opening and close circuits electromechanically.

· The relay requires a relatively small quantity of currents to be operated. You use small currents to control high currents. 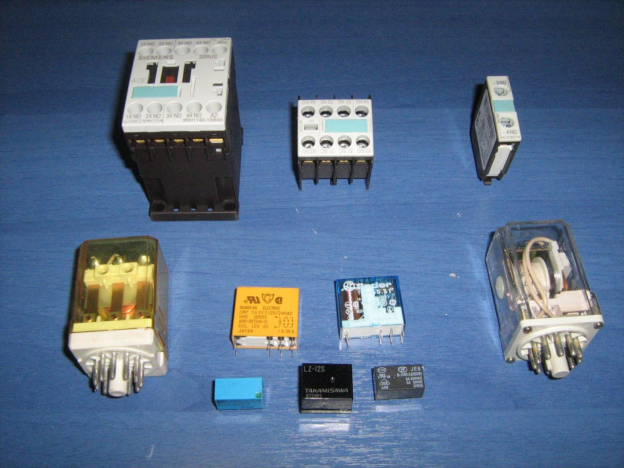 The functions of relays include;

· Protections of the circuit where are used to trip circuits anytime there is an irregularity in the flow of current.

· Controlling circuit thermally by detecting the temperature within the circuit and switching it on and off accordingly.

Quartz crystals are used as resonators in electrical circuit designs. Quartz is silicon that occurs naturally but due to improved technology, it is now being produced synthetically so that we can be able to meet the industrial demand.

This is a semiconductor device in which thousand and millions of capacitors, resistors, transistors, and diodes have been fabricated into a single miniature substrate to achieve a certain function. IC can be built to function as a timer, amplifier, counter, oscillator, logic gate, microcontroller, computer memory, or microprocessor. 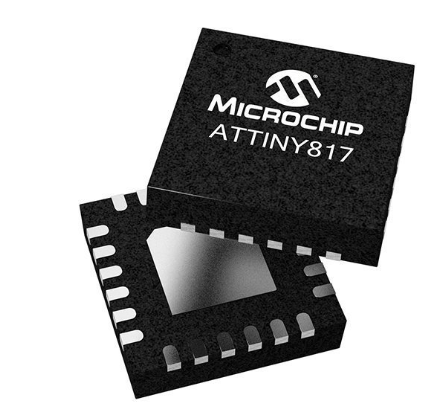 A sensor is a device that is used to measure some physical parameters such as light, temperature, intensity, etc, and gives the output of the measured parameter as an electrical signal which is either digital or analog.

Sensors can be classified into.

· Analog sensors; the output of this sensor is analog such as capacitive sensor, and temperature sensor.

· Digital sensors; they give out digital data that you can be accessed via a serial communication protocol such as UARTS, I2C, etc.

Sensors can be classified according to their physical parameters. Here we shall have;

The above-listed components are the recipe for a good electronic designer. They are the most basic and common and a good designer should have them at their fingertips, and understand how they work, functionality, applications, advantages, and disadvantages. PCBgogo has been using these components in the manufacturing and assembling of the printed circuit boards ordered by their clients.