What Is LED PCB?

2. The advantages of LED PCB

4. The application of LED PCB 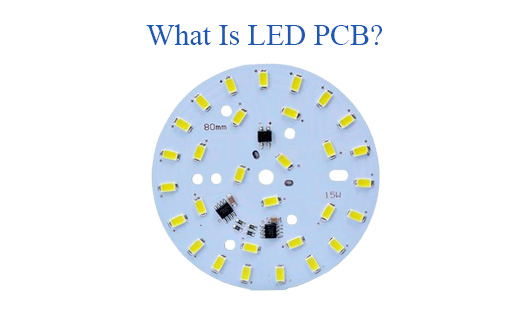 It is difficult for an LED PCB board to cool with traditional methods because it tends to create a high volume of heat. So metal core PCBs are often chosen for LED application as their enhanced ability to dissipate heat. Especially aluminum is often used to fabricate circuit boards for LED lights. The aluminum PCB typically includes a thin layer of thermally conductive dielectric material that can transfer and dissipate the heat with much greater efficiency than a traditional rigid PCB.

What is LED PCB?

LED is an acronym for light emitting diode, which is semiconductor diodes. The LED is soldered to the printed circuit board and features a chip that creates the light as electrically connected. A thermal heat sink and a ceramic base are used to bond the chip. Needless to say, LED PCB is the core of LED lighting, and an LED PCB is easy to create a high volume of heat, but making it hard to cool with traditional methods. So metal core PCB is widely used in LED application because of their enhanced ability to dissipate heat, especially aluminum is often used to fabricate PCB for LED lights. In general, the aluminum PCB contains a thin layer pf thermally conductive dielectric material that can transfer and dissipate the heat with much greater efficiency than a traditional rigid PCB.

Now SMD packaging type is the most widely used packaging form in LED applications. In general, it’s limited for the light emitted from a single LED component. So multiple LED components would be used for a single light fixture to achieve sufficient light. Like other semiconductor devices, PCB is the best method to electrically connect the LED components. And a PCB with LED components soldered is usually called as “LED PCB”.

The advantages of LED PCB 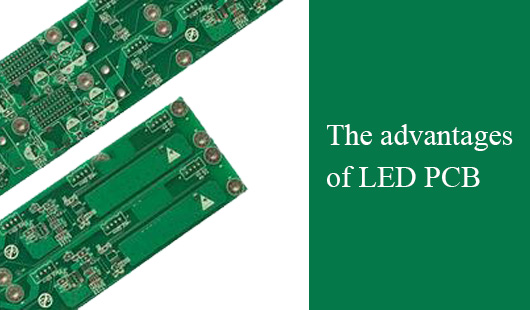 With the electronic products is more and more smaller and thinner, making it popular to use LED PCB, and there are various advantages with using LED PCB as follows:

· Make it easy to integrate into complex interface assemblies

· Available in a wide variety of sizes, colors, and intensities

There are two main reasons which make the LED PCB be popular in addition to increasing the light output of the fixture with integrating multiple LED components.

2. It can achieve the various light fixtures to meet different lighting requirements with the boards that have different shapes, sizes and materials. 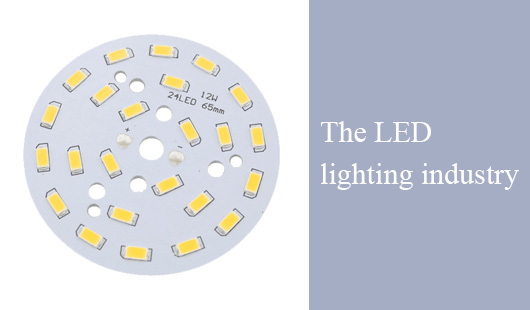 LED lighting or light emitting diode is an increasingly popular lighting solution, so it’s popular to improve longevity and reduce environmental impact. There are some benefits of LED lighting for traditional methods as follows:

Longer Lifespan: LED light bulbs can have a life of over 25,000 hours, or three years of 24/7 use, which is 25 times longer than any traditional light bulb. So it saves you the time, money and effort involved in purchasing and installing new bulbs.

More Efficient: Traditional incandescent light bulbs release 90 percent or more of their energy as heat. LED lights cut this by up to twenty percent. It means more of your energy is going into lighting your home, and less into unnecessarily heating it.

Very Compact: LED lights have various sizes and types in applications due to their small size. It means manufacturers can insert LEDs into anything from computers and smartphones to cars and traffic lights.

Mercury Free: LED lights contain no mercury, unlike more traditional options. So LEDs have a smaller environmental impact than traditional bulbs and can be more easily disposed of, without special disposal procedures.

The application of LED PCB 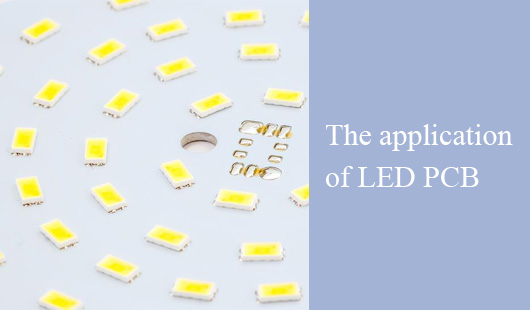 Telecommunications: LED indicators and displays are always used in telecommunications equipment due to the surrounding machinery, and they have a great heat transfer ability. Therefore, aluminum-based LED PCBs makes a useful effect on their application.

Automotive: aluminum PCB LEDs also are used for cars on indicators, brake lights and in headlights, as well as other applications. There are some factors making the aluminum PCBs be ideal within the automotive industry, such as the durability and competitive prices.

Computer: LED displays and indicators are more and more popular in the computer applications. And aluminum PCB LEDs are an ideal solution because of the heat sensitivity of computer machinery. Expect for LED applications, aluminum PCBs are also used for the computer parts like power devices and CPU boards due to their ability to dissipate and transfer heat.

Medical: Lighting tools used in surgeries and medical examinations commonly use high-powered LED lights, and these LED lights often use aluminum PCBs, which is primarily because of the durability and heat transfer capabilities of aluminum PCB LEDs — this makes sure medical equipment is functioning properly regardless of the number of patients cycling through a medical office. Expect for lighting tools, medical scanning technology often uses aluminum PCBs as well.

SMD LEDs in your PCB 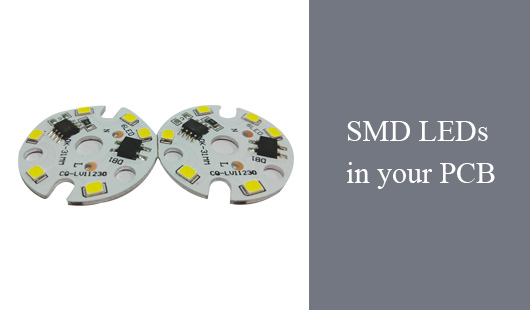 There are many devices including LEDs on a PCB using surface mounted components. If the wires are quite thin, through hole components can bend slightly so that it looks cheap from the outside. If making it right to solder the SMD LED, it will be rigid on the board. What’s more, it can also place the SMD LED behind a screen, and cheaper LED that use a bulb will stick out through the packaging. So it can place the SMD LED behind a small screen in your packaging to be cleaner for your device. As you know, many PCBs that contain LEDs are fabricated with multilayer FR-4 substrates, so you need to have a pattern of closely-spaced filled or plated through vias under each component so that it can transmit heat, as well as get to your power and ground layers.

If your LEDs have a small footprint and are surfaced mounted, it can use our vias. Probably there will be a weak solder joint or even tombstoning because it doesn’t fill or plate over the vias and then solder can wick into the vias during assembly, so the reason why it’s better to just use SMD LEDs on an LED lighting array is that the problem with wicking. A single LED with decent power output will not lead to damaging to your board because of undue thermal. However, if you are going to have a system for lighting applications, it will need to suffer from a massive heat for the board that supports your LEDs, and make it hard to cool with traditional methods for the boards. Because the individual LEDs are too small, you can’t really attach a heatsink anywhere, and a heatsink will block the emitted light anyways. Because there is a great demand on thermal, the boards with a metal core are usually used in LED lighting applications due to their ability to dissipate a great deal of heat. In general, aluminum is used for LED lighting applications as the metal core in PCB. What’s more, aluminum is the most metal used as the core among all the possible metal core PCBs. As well as copper and iron are used for metal core PCBs.

Prev: What is ceramic PCB?
Next：What Is Copper Based PCB?
Upload a photo:You can only upload 1 files in total. Each file cannot exceed 2MB.Supports JPG, JPEG, GIF, PNG, BMP
Log in to post comments
Submit