When the term assembly comes in when addressing the printed circuit board process, we are talking about putting together the board skeleton with the necessary components. These components include; heat sinks, resistors, capacitors, transformers, connectors, enclosures, etc. It is this combination action that builds up a full PCB product. The PCB assembly is a very important consideration during the initial design stages of the product to ensure that the process will end with success.

Undermining the assembly process during the design stage will end up with the likelihood of troubled assembly. You might think the board is okay through appearance but when assembly time comes, the components might not fit. This can even lead to a product that is non-functional or even with very poor performance. 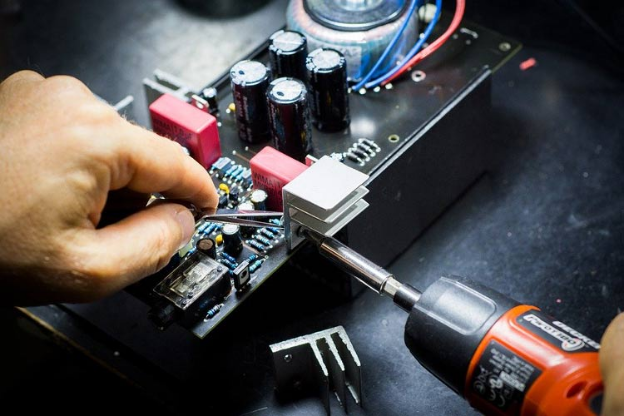 The assembly process is done in two stages namely prototype and production assembly. The two stages have to be considered during the design process.

Here the product prototype is assembled for use as the testing sample. This tests whether we can attach the components correctly and securely. Therefore, during the early design stage, the following measures should be taken into consideration;

· Every component must match its pad.

· There must be the adequate spacing of components.

· Components identification and labeling must be very accurate

· There should be sufficient thermal relief

· The board edge tolerance and clearance rules should be adhered to.

· The designed shape should have the ability to allow the panelization process.

· Definition of the quality control types to be incorporated in the process.

· Components to be used should be available in quantity and quality.

· The board designed should have the ability to withstand all the conditions it will be exposed to for example high vibrations.

Now let us have a look at the guidelines that should be considered while having a PCB design for assembly;

Guidelines to be considered during PCB assembly

Use of standard and readily available components; when you are designing a PCB, make sure any component you need to use is readily available to the manufacturers. This can be done by first doing a market search of the components. For me, I check Digi-key, Mouser, and other suppliers. This will help you make sure that you get components which has the best end of life. You will also minimize delays during the manufacturing process.

Components spacing; The board should be designed well by ensuring that components are not too close or too far from each other. The standard distance should be put into consideration. Never, allow components to overlap each other. If a component is placed close to each other, expect the occurrence of issues that will require redesigning. Below is the spacing guide for each component during the design process;

Component handling and orientation; the board design should be such that components can orient themselves during the assembly process. Component orientation if not done properly can cause issues. For example, If diodes and polarized capacitors terminals are interchanged, issues will arise. The component placement is what determines if the board will be assembled. It also determines which soldering technique should be used and the thermal relief methods that should be employed in the process. This placement also affects the quality of signals being delivered some of the components can generate too much noise if placed close to each other.

Update the BOM; your BOM is what builds your project. It should have a perfect update which will help to prevent delays during the assembly process. If you make any changes in your design, please make sure the same change reflects in the BOM. The BOM should have the component number, value, and the right description.

Thermal relief; some of the PCB build-up components generate heat that needs to be relieved from the board for its proper functionality. The soldering process is another operation that generates heat during the manufacturing process. The design of the board should be such that the components can dissipate heat quickly.

Track/ traceroute techniques; the board track design has to follow laid down rules so that we cannot interfere with the process of components placement. For example, the traces should be kept at 0.024” from the PCB edge. If the traces are not properly aligned, then expect improper soldering.

In this article, we have briefly introduced what PCB assembly is, and the steps in the PCB assembly, that is prototype assembly and production assembly. We have also introduced all the guidelines that are necessary during the assembly of PCBs. PCBgogo is a top-notch company that would do the assembly and manufacturing of your PCB expertly and delivers the quality product as scheduled.